One of the key differences between good and great companies is that the great ones are very good at managing problems and bad news. Many entrepreneurial companies get “stuck” because they never create a culture of surfacing and dealing with bad news.

Bad News is not Like Wine; It Doesn’t Get Better with Age!

CEOs and executives play a critically important role in creating the culture of a company. Often entrepreneurs are so eager and driven that people quickly begin to realize the way to make the CEO happy is to give him some good news. This usually makes the CEO feel good, as well as the people in his or her company, but fluff is not what great companies are about.

As Jim Collins says in “Good to Great”, CEOs need to routinely confront the “brutal facts” and keep their finger on the real pulse of their company. Letting people only talk about the successes may hide some very dangerous trends or leading indicators. The CEO’s real job is to have a healthy dose of paranoia, and to look out for those “worst case scenarios,” not to scare people but to insert realism into running and growing the business.

I once had a regional Vice President on the opposite coast who I spoke to for 30 minutes every other day. It took me about two weeks to realize that the first 25 minutes were all the positive things that were happening, and only the last 5 minutes contained the really important issues and problems we needed to discuss and deal with — usually in a rushed fashion. I quickly reversed his process: the first 25 minutes were about the really tough issues and problems so we had time to discuss them; the last 5 minutes were about the good stuff.

Employees and managers need to learn and understand that problems are part of any growing business, and that the only sin of a mistake is not surfacing it quickly, so it can be dealt with. People should get fired for hiding problems, and “no surprises” should often be a core value. Leaders should get into the habit of asking about subordinates’ plans “What’s the worst thing that could happen – and what will you do about it?”

Not too long ago, a Vice President at Google was talking to one of the company co-founders, and at the end of the conversation said she had one more thing she wanted to mention. She then admitted that a recent decision she had made turned out poorly and was going to cost the company about $2 million. She was distraught, and waited for the proverbial axe to fall. Instead, the co-founder thanked her and indicated that he was glad she had made that decision, because if people weren’t making mistakes (and learning from them), the company was not being innovative enough. Do you think that message went around the entire company like wildfire? Again, $2 million for Google is not material, so this wasn’t a “bet the company” kind of error.

Leaders who “shoot the messenger” and only want pleasing news rarely create great companies. The bad news and tough issues are the ones that deserve the most attention and discussion! How does your company handle problems and bad news?

When Hindsight Can Be as Good as Gold

Imagine starting your business over with all the knowledge you have gained since those early, trepidation-filled days of … END_OF_DOCUMENT_TOKEN_TO_BE_REPLACED 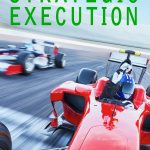 PRIORITIES - THE KEY TO ACHIEVING AN IMPOSSIBLE AMOUNT OF … END_OF_DOCUMENT_TOKEN_TO_BE_REPLACED

RIGHTSIZING IN A DOWNTURN As companies face the stark … END_OF_DOCUMENT_TOKEN_TO_BE_REPLACED

Jim regularly shares insights from his decades of experience fine tuning the strategies of business leaders and their teams. Subscribe and get these informative and helpful "coffee cup" briefs that will help put your day into a new perspective!